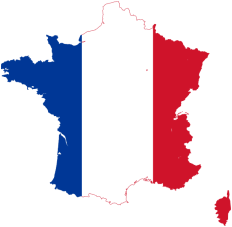 • During the war he was critical of the French war leaders.

Clemenceau was an old man who had seen his nation be invaded by the Germans in 1870 and again in 1914. France had suffered greatly. The youth of the nation had been lost to war and the nation ravaged by it’s effects.

Clemenceau was a hard uncompromising man (nicknamed ‘the tiger’) and therefore he wanted Germany to pay for what it had done to his nation and in doing so make sure that it never would be allowed to threaten France again.

Main issues to take to the Treaty

• Clemenceau wanted French troops on the Rhineland guarding against any future German attack.

• Clemenceau wanted Alsace-Lorraine back from Germany - they captured it in the war of 1870.

• Clemenceau wanted Germany to pay for everything that the war cost - this would cripple Germany and make France more powerful in Europe.